IMDb: 6.4 2021 84 min 155 views
While speeding off to help in an impromptu battle, The Flash blazes and rips through time, only to find himself dropped into the middle of World ...
ActionAnimationFantasyWar

IMDb: 4.6 2021 90 min 181 views
One cold winter night in Afghanistan is about to get a whole lot worse for Rana Rae, a Gurkha soldier left to guard a British military outpost, ...
ActionWar 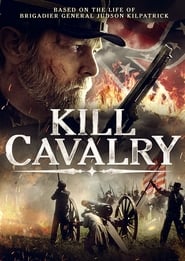 We go in at Dawn

We go in at Dawn

IMDb: 3.4 2020 74 views
When a high-ranking war planner is captured and held in a German prisoner of war camp, a team of specialists take on the dangerous mission of ...
HistoryThrillerWar

IMDb: 6.8 2019 119 min 225 views
For three and a half hours, in the pouring rain, amid the mud and shattered trees of a rubber plantation called Long Tan, Major Harry Smith and ...
ActionDramaWar

IMDb: 6.3 2019 108 min 91 views
In the aftermath of World War II, a British colonel and his wife are assigned to live in Hamburg during the post-war reconstruction, but tensions ...
DramaRomanceWar